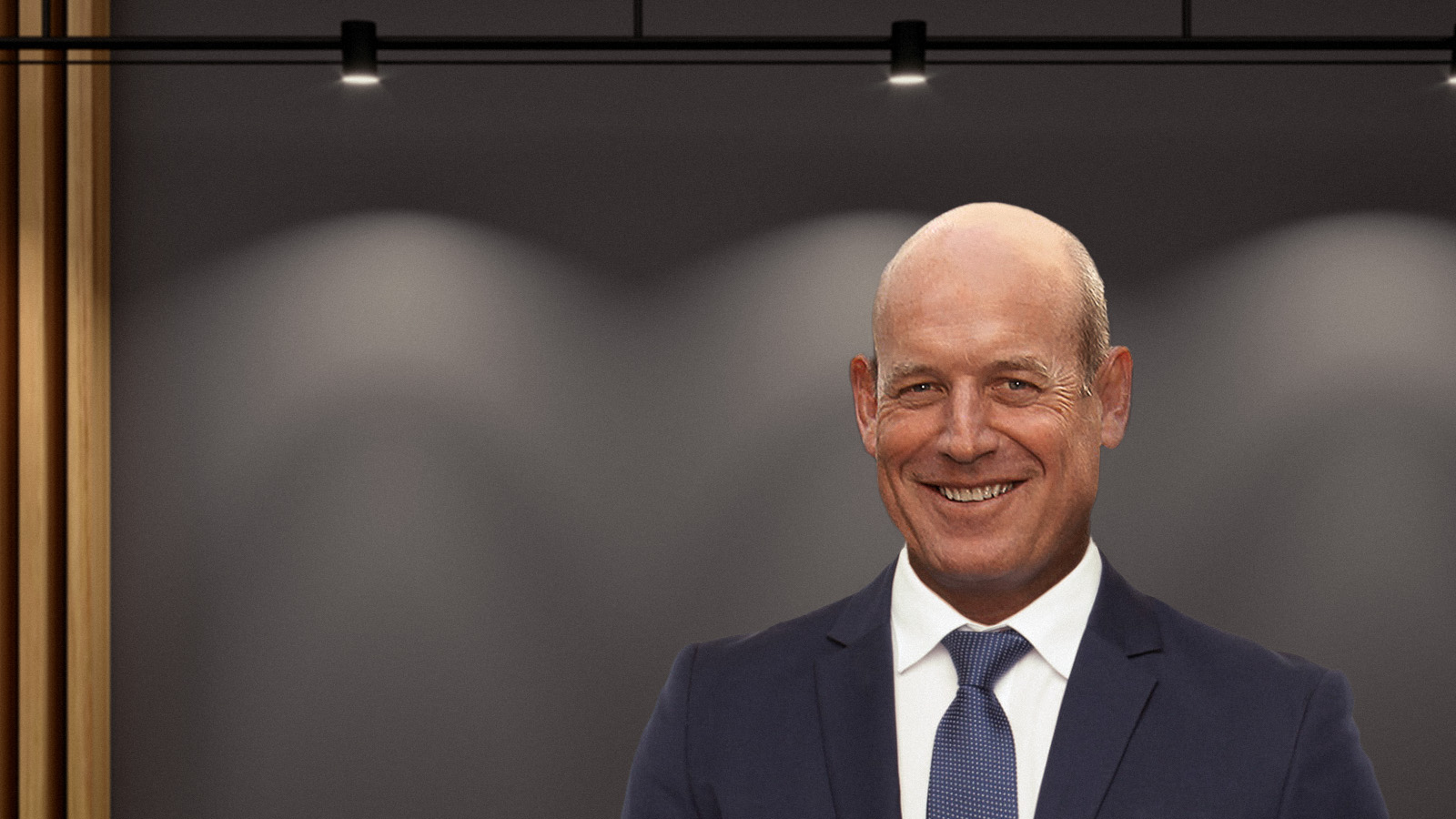 From farming to investment banking is probably not your typical rags to riches tale—in fact, some might say it’s the other way around. But it’s that rural background that helps set Antipodes Capital apart from your average investment bank and that explains why David Hay and his partners have done so much work in the agri-foods sector. David comes from a rural family in Southland and his colleagues have similar backgrounds. Together they formed Antipodes 25 years ago after working together at SouthPac, one of New Zealand’s pre-eminent investment banks in the 1980s and 1990s. They were first introduced to Southern Cross Horticulture in 2017, and they’ve developed so much confidence in SCH’s approach that the partners don’t just help raise capital for investment orchards, they’ve invested their own personal funds too.

Antipodes stake their reputation on the quality of the opportunities they recommend, so they don’t do it lightly and they need to have confidence in the people behind each investment. David explains, “we like to work with good people and get good results, if you do a good job the financial rewards should follow.” Antipodes puts a lot of time into understanding the industry they’re involved with. In fact, David admits, “our return on time is average because we spend a lot of time developing our understanding of an industry so we can give investors a balanced view.” That attention to detail and concern for investors is just one of the ways that SCH’s and Antipodes’ values align.

When Antipodes were first considering kiwifruit investing, “everyone we spoke to mentioned SCH, that they were exceptional operators and the kind of people we’d be aligned with.” Antipodes started asking around. David says they spoke to banking contacts in the Bay of Plenty and former Zespri executives and Board members and kept hearing the same thing: “these are top-level operators, people of high integrity, innovators within the industry.” SCH’s values and culture make them stand out, according to David. “Any company is like a school, the culture gets set at the top and SCH has an outstanding culture. They really live by their values, and the standard is set by the CEO, Andrew Dunstan, who’s a good mix of a hard-driving manager and very down-to-earth individual. He can relate to the CEO of Zespri just as easily as he can go into an orchard and talk to a migrant worker.” SCH also embodies a strong commitment to deliver what they say they’ll deliver which means, for example, that their financial projections tend to be conservative, with a strong preference to under-promise and over-deliver. David points out that SCH has a track record of “consistent out-performance” compared to others in the kiwifruit industry.

Antipodes also think the kiwifruit industry has a lot going for it, starting with intensive risk management, strong global potential, and the Zespri difference. When Antipodes were looking at horticulture investment they considered a number of other crops, but kiwifruit stood out. Because kiwifruit crops are so valuable they have more extensive risk mitigation built around them than other horticultural crops, like structures to protect against frost and wind damage. David also points out that there are major markets like North America that are barely reached now, so there’s significant opportunity to grow, and that’s on top of the already strong demand for kiwifruit. Zespri’s role leading the kiwifruit industry also inspires confidence, because their careful management of supply and demand via the licence system means that, unlike other agriculture sectors, “we’re not going to get a glut from having 20,000 hectares of new kiwifruit orchards coming on the market next year.”

Food as a category has been resilient in the face of recent shocks like COVID-19 lockdowns and it’s outpacing traditional blue-chip investments. David puts it simply: “People need to eat, and increasingly they want healthy food.” Thanks to the pandemic, consumers are even more focused on healthy eating now, with Zespri reporting that “one of the most popular searches on Google in 2020 was for foods high in Vitamin C.” By contrast, COVID has caused other investment classes to be reassessed like certain parts of the commercial property sector, as the move to working from home reduces company requirements for space and occupancy rates, which is then reflected in reduced values in what has traditionally been regarded as a very safe place to put your money.

David and his colleagues at Antipodes aren’t just aligned with Andrew and his team, they’re effectively endorsing SCH—and they’re happy with that. Antipodes exist to bring deals together, and it’s clear that David gets a lot of satisfaction from seeing progress on the orchards and investors’ excitement. David explains, “we find investors by word of mouth and our networks which means a high level of endorsement from us around these projects.We think they’re high-quality opportunities with really good people of high integrity. We feel comfortable with this approach.” 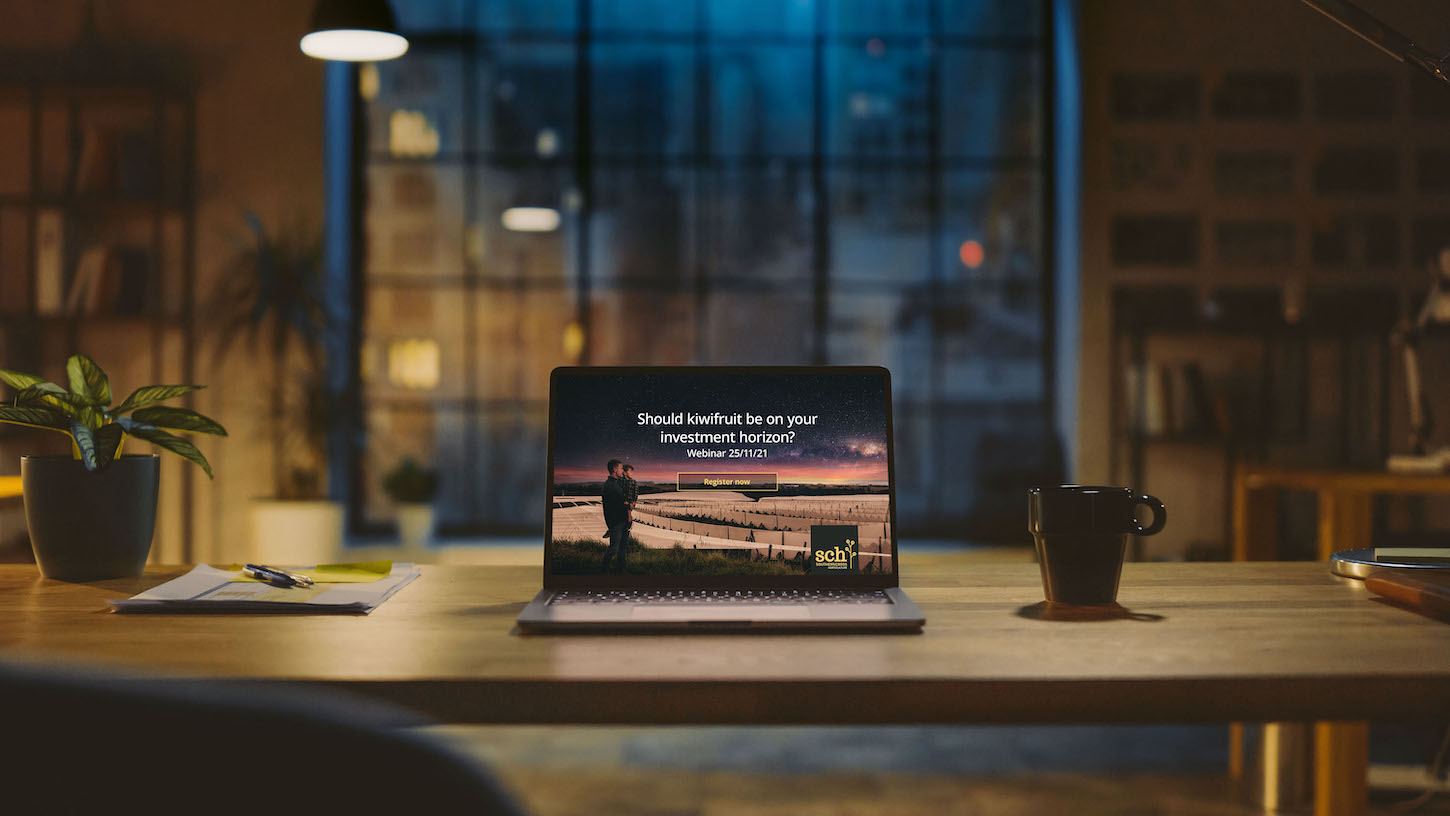 Join us for a webinar

Hear directly from the team behind our latest investment orchard, Hereford Park. Join Andrew Dunstan, CEO of Southern CrossHorticulture, and David Hay, principal of Antipodes Capital, at one of our free webinars on 25 November and 3 December 2021. They’ll explain the ins-and-outs of kiwifruit investing, why they invest their own money in orchard developments, and the opportunity at Hereford Park, and they’ll answer all your questions.